Tourmaline over time plans to deploy SkyWell across its three business units to search large volumes of unstructured oil & gas data, which includes surface land files, engineering reports, and geological surveys. The producer has seen rapid results in its surface land team where the software has reduced key workflows from days to minutes. Tourmaline joins a large number of North American oil & gas producers who have adopted SkyWell and is Archeio’s first client in Canada.

Headquartered in Calgary, Alberta, Tourmaline is Canada’s second largest natural gas producer and the largest producer in the Alberta Deep Basin. With approximately 3,000 wells and an aggressive drilling program, the producer had amassed tens of thousands of print and digital files related to its operations. Inconsistent file naming, sprawling network folders, and physical filing rooms created barriers to information driven consumers. Tourmaline wanted to standardize its unstructured data sets and apply best-in-class technology to classify its asset documentation and allow staff to quickly locate the information needed to drive workflows across its diverse operations, including surface land, joint venture, accounting, and production operations.

“The Archeio team continue to be a pleasure to work with and we envision additional departments adopting SkyWell in the coming months for streamlining their records management. We continue to be impressed with the willingness of the Archeio team to listen to our various use cases and enhance their system in order to accommodate us,” said Rich Hodgkinson, Tourmaline’s ITS Project Lead on the SkyWell implementation.

Tourmaline evaluated Archeio’s SkyWell software in a head-to-head comparison with four other enterprise content management solution providers and large software vendors. The oil & gas producer selected SkyWell because it outperformed the alternatives on every level, including ease-of-use, ability to quickly find reliable information, expertise in classifying a wide variety of complex energy data types, and lower cost. Additional factors influencing Tourmaline’s selection include highly personalized service from Archeio staff and flexibility in modifying SkyWell functionality based on the needs of their end users.

“We are extremely proud to be a part of Tourmaline’s unstructured data management strategy and look forward to bringing the benefits of SkyWell to the Canadian market for the first time,” said Rex Womble, CEO and co-founder of Archeio. “It’s a true honor to be recognized as the best-in-class oil & gas content management technology, which is exactly what Archeio set out to do and something we continuously strive to live up to,” he said. Womble continued, “We would not be here without amazing customers like Tourmaline who have taught us so much along the way, and for that the Archeio team is especially grateful.”

SkyWell is being deployed throughout Tourmaline in phases, starting with the company’s surface land team. Utilizing SkyWell’s high-speed document processing technology, land and legal records have been classified according to a standard document taxonomy defined by the producer. Users are now able to perform powerful keyword searches on document metadata and file contents or locate information in real-time using a map-based interface from their PC or mobile device. Rapid results include accelerating delivery of the lease details needed by accounting staff for regulatory reporting, a process that now takes just a few minutes instead of days. SkyWell has also enabled Tourmaline’s three business units to adopt consistent surface land data management best practices and enforce data standards, such as lease and well naming.

Archeio Technologies is a provider of intelligent software and services to the upstream oil and gas industry. The company helps organizations manage the large volume of information generated throughout the well life-cycle, including engineering, geology, land, regulatory, and production data. Archeio’s unique approach uses innovative cloud computing, machine learning, and intelligent search technology to give energy professionals access to reliable well & land information on their desktop or mobile device. Companies benefit from improved operational efficiency and reduced IT overhead. The Dallas-based startup has already attracted a portfolio of clients, from large, publicly traded companies to independent operators, and currently manages information for over thirty thousand wells across North America. 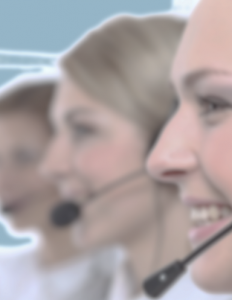 The pandemic has accelerated #omnichannel usage in #B2Bsales—and research
shows that it's here to stay.

Discover how the market is evolving here: https://mck.co/3s8ENVx